Which City Is Also Called the City of 1000 Minarets? 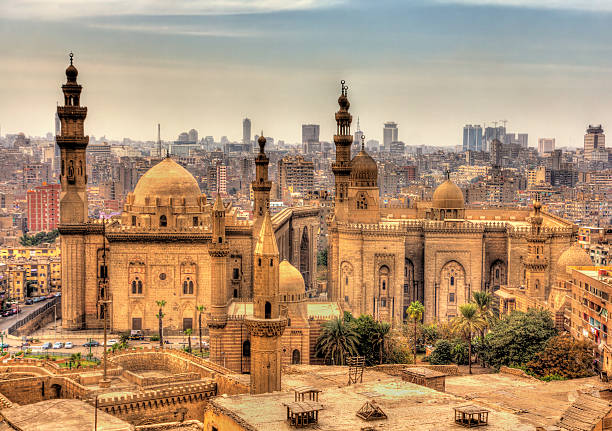 One of the world’s oldest Islamic cities lies amid the modern urban areas of Cairo, with its famous mosques, madrasas, hammams and fountains. The city was founded in the 10th century and became the center for the Islamic world in the 14th century. Known as “the city of a thousand minarets” for its preponderance of Islamic architecture, Cairo has long been an important center of political and cultural life in the region.

Things You Should Know About Cairo:

Cairo, Egypt’s capital city, is one of the oldest Islamic cities in the world, dotted with mosques, madrasas, hammams, and fountains. There is more than enough reason to call Cairo the City of Thousand Minarets. The Mamluks, who were not one dynasty but rather one sultan after another, constructed many mosques throughout the oldest areas of Cairo.

Mamluk, which is Arabic for “owned,” is a slave term. The Mamluks were a fusion of various ethnic groups, including Turks, Uzbeks, Caucasians, Circassians, and Chechens. The Mamluks, who eventually ruled the Muslim world after the death of the last Ayubid Sultan, are the ones who ultimately built the majority of the Islamic monuments that one would see in old Cairo. The trend of buying them as young boys and training them in the arts of war started during the Abbasid’s dynasty, and it reached a peak during the time of Salah El-Deen.

What Is the Significance of a Minaret?

Historically, minarets were also used as visual symbols. Early in the ninth century, the first minarets were erected against the qibla wall. This positioning frequently did not help the call to prayer get heard by the community. Mosques stood out from their surroundings, reminding people that they were in an Islamic area. They were constructed by Muslim monarchs who also used them to represent their power in both politics and religion.

Previous Post
Which city is called the modern babylon?
Next Post
Which Museum Is Not Located in the 16th Arrondissement?