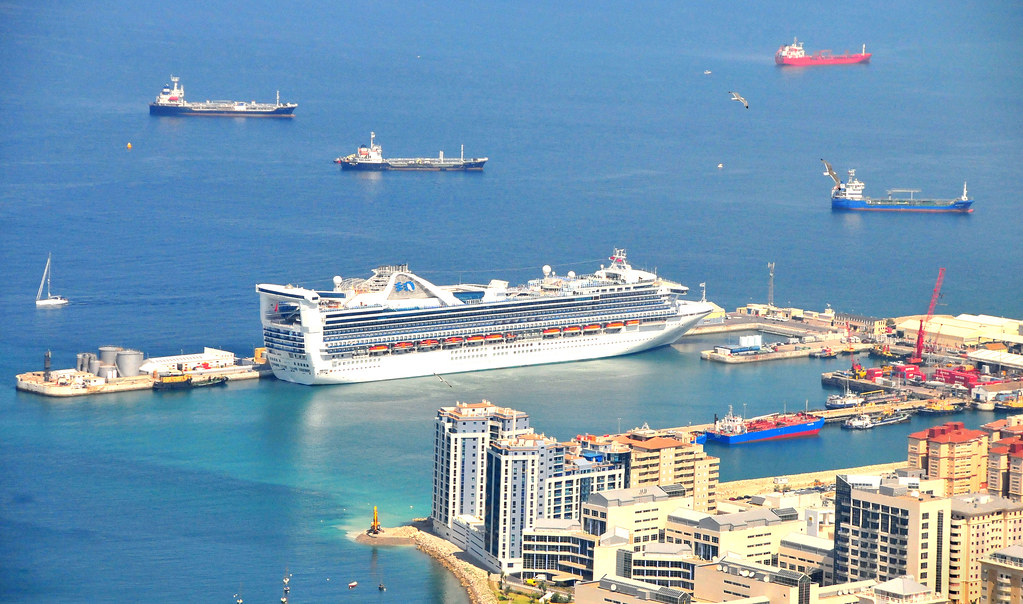 Are you still unsure of the busiest cruise port in Europe? Anytime you plan a trip to Europe, consult our guide, do further research online, and make sure to stop at one of these cruise ports.

Detailed Guide to the Busiest Cruise Ports in Europe

Europe is one of the most alluring and reliable cruise markets in the world. The spectacular cruise marketplaces around the Mediterranean through mind-boggling Scandinavian countries draw tourists from all over the world. The main target markets for more than half of these European cruise ports are Germany and the United Kingdom.

When it comes to passenger volume, it trails North America. Due to the coronavirus pandemic, the number of passengers that traveled via these markets plummeted from almost 7 million in 2019 to just over 1 million in 2020. Despite the fact that Covid dealt this company a serious blow and caused a significant drop in income, it managed to thrive once more during the boom.

Small sea and river cruises, which make significant contributions to local communities and are more desirable to tourists and small business owners as a result of the rise in public interest in these cruise ports. With so many ports available across the nearly 50 nations that make up Europe, we have created a list and a comprehensive guide to help you determine which is the busiest cruise port in the continent.

The busiest cruise port was in Barcelona, Spain, which saw 2,712,250 passengers in 2016–17. The Barcelona Cruise Port is located in this lovely city with a pleasant rhythm and a vibrant urban environment full of personality. There are five terminals in the area, each of which has its own location. While the North and South terminals are located in the Barcelona World Trade Center, Terminals A, B, and C are located at the Muelle Adosado.

Several major cruise ships make stops here, whether they are on a 5-day excursion or a 120-day round-the-world voyage. The port in this location has a more than 200-year history, and it has continued to grow as the city has grown into a model metropolis. This port has such cutting-edge, top-notch infrastructure that it can easily accommodate 2.8 million daily cruise freaks.

The Metropolitan City of Rome, Italy, is home to the Port of Civitavecchia, also referred to as “Port of Rome” or “Civitavecchia Port of Rome.” It serves as the hub for all marine commerce and passenger travel in Italy. The Rome Cruise Terminal is located in the port. It is one of the key bridges between Sardinia and the Italian mainland and is connected to numerous Mediterranean ports. The harbor also connects Vatican City with Rome.

According to statistics from 2016–17, this location is the second busiest and most historic port, routinely receiving 2,204,340 people. Despite their limited time, travelers to this region of the world can’t help but visit this magnificent harbor. You would be overjoyed to enjoy the delectable cuisine and beverages here.

The Spanish island of Mallorca is located in the western Mediterranean and has Palma de Mallorca as its capital. Of the five ports that the Balearic Islands Port Authority oversees, Palma is the biggest. The Old Town’s maze of cobblestone streets are just in front of it, at the center of the city. The port’s length is covered by the waterfront promenade, which was constructed in the 1960s on ground that had been reclaimed from the sea.

Although it has a contemporary personality that is highly regarded by both its citizens and visitors, the Port of Palma is the concrete representation of Mediterranean philosophy. A total of 1,977,175 people visited this port in 2016–17, making it the third busiest cruise port on our list by 2020.

One of the largest cruise ports in England is located in Southampton, a port city in the southern United Kingdom. There is still a lot of activity here, and in 2016–17, 1,700,093 cruise port enthusiasts visited. This busy port, which is the only one on the list that isn’t on the Mediterranean Sea, welcomes a lot of tourists every year because to the UK’s love of cruises.

By stopping by the cafés, bars, and restaurants in the port, visitors can get a head start on their trip. The Grand Cafe is a trendy bistro bar and eatery located in Southampton. It is built in a large, airy historical building with views of the harbour.

Venice, the regional capital of northern Italy’s Veneto, is referred to as the “City of Canals.” The incredible splendor of Venice, spread across 118 islands, is most known for its stunning bridges, gondola rides, carnival events, and atmospheric streets. You may transition easily from cruising to exploring because the lovely and ancient city is constructed atop waterways that extend to the harbor.

In 2016–17, 1,427,810 travelers from all around the world visited this tranquil location. Take a gondola ride or enjoy a delicious pasta supper at one of the many restaurants along the Grand Canal among the many things to do in this magnificent city. To properly enjoy Venice, give yourself permission to become lost in its winding alleyways. This is thought to be the sole way to feel the beating heart of this amazing metropolis.

Those who like better things in life should travel to charming Marseille. A spectacular experience in and of itself, sailing along the French Riviera allows you to see breathtaking heather fields, magnificent medieval villages, and lovely coastal towns.

1,487,313 passengers visited this tranquil location in 2016–17. You may experience the rising beauty of this port city, which was named 2013’s capital of culture, by stopping off in vivacious Marseilles. Discover Cours Julien’s bohemian district and savor delectable French food from the lovely square’s tree-lined restaurants — it’s wonderful!

In 2016–17, 1,055,559 passengers used this location. Piraeus, which is less than 10 miles from the heart of Athens, is the ideal port of embarkation for both history fans and sun worshippers. On the list of the busiest cruise ports in Europe, this cruise destination is rising in popularity and is presently ranked seventh.

Before stopping at one of the many tavernas that serve up fresh and healthful local produce, visitors should pay a visit to the world-famous Parthenon and the Acropolis of Athens.

In 2016–17, Santa Cruz had 964,337 passengers. Santa Cruz in Tenerife is a recent entry into the top 10. Although many cruise lines offer shuttle services, the city is only a 15-minute walk from the dock and is definitely worth a visit. Along the seaside, there is a wide, lovely promenade surrounded with trees that is home to several bars and restaurants. Inland roads are lined with quaint stores that offer high-end apparel, regional handicrafts, and beautiful silver jewelry at extremely affordable prices. Sitting on the golden sand beaches and soaking up the sun can be more appealing if shopping isn’t your thing.

In 2016–17, Naples had 927,458 passengers. Exuberant Naples, the third-largest and one of the oldest cities in Italy, is renowned for its cuisine and culture. Today, it is the site of a developing contemporary art scene, and visitors may check out the chic Thomas Dane Gallery, which features a number of contemporary treasures. Visitors would also be remiss if they skipped the city’s best dish after a day of learning about culture: pizza! Travelers can experience traditional Italian cuisine from one of the many restaurants along the charming alleys of Naples, which is regarded to be the birthplace of the famed meal.

In 2016–17, Genoa had 925,118 passengers. The lovely city of Genoa is the last, but certainly not the least, on our list. The city, which is home to Italy’s fourth busiest port, provides visitors with an incredible range of attractions. Be prepared for a picturesque tangle of winding streets and tiny passageways filled with historic cathedrals and secret piazzas. Every corner of these charming streets will reveal a piece of history. Like any Italian city, there are a ton of restaurants nearby, but make sure to try the pesto since this is where the delicious sauce originated!